Learn about the MSDC HPP

Being a physician in the District in the 21st century means being on the front line of the most pressing public health issues in the world. In our small geographic boundaries, physicians help address issue found in every state all in one area. The issues are too lengthy to list on one webpage but physicians are on the front lines of addressing health issues for all District residents.

Jul 2, 2020, 10:59 AM by MSDC Staff
MSDC asks DC Health to extend important waivers made during the public health emergency. 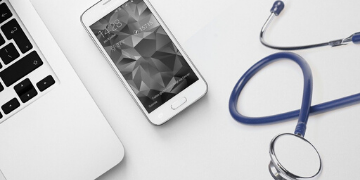 MSDC emphasized three policies that should be made permanent, either by DOH or with the support of DOH:

What does it say? The bill allows for the administration of medicinal marijuana in schools as well as allows students to bring sunscreen to schools and apply it without a prescription.

Current status: A win for DC physicians and public health! The legislation passed the Council in February and awaits the mayor's signature. Previous temporary and emergency legislation permitted students to use sunscreen at schools this school year already.

What does it say? The bill requires DC Health to establish an electronic Medical Order for Scope of Treatment registry (eMOST).

Current status: A win for the physician community and our patients! The Council passed the bill in December and the Mayor signed it into law on January 16, 2020.

What does it say? The bill would implement a 1.5 cent per ounce tax on the distribution of "sugary" beverages. The money collected from the tax would establish a Healthy People, Healthy Places Open Spaces Grant Program.

MSDC position: MSDC sent a letter to Council Chair Mendelson asking for a hearing to discuss all of the issues around a beverage tax.

Current status: The bill was introduced October 8, 2019 and referred to the Committee on Business and Economic Development and the Committee of the Whole.