How a Bill Becomes a Law - Special District Situations

In our March advocacy curriculum article, we walked through how a bill becomes a law in the District. However, there are some special situations where this methodical process is truncated or changed.

Similar to our last post, the best source of information of the process is the Council's website itself. The information below builds on that information with some real-life situations and practical analysis.

What happens when an issue is so important, it cannot wait to go through the normal legislative process? A Councilmember may introduce "emergency legislation" to address an immediate need in a short time period. Via the District charter - enacted by Congress - the Council may pass legislation that does not require committee hearings, committee markups, second reading, or Congressional review. The bill does still require the Council to pass it and the Mayor to review it (either sign or enact without signature). The other caveat is the law is in effect for 90 days.

So when is emergency legislation helpful? A good example is the sunscreen legislation MSDC worked to pass in the 23rd Council session. The bill permitted students to carry and apply sunscreen at school without a prescription. The bill itself was stuck in the committee process, so in the fall Councilmember Cheh filed the bill as emergency legislation. When it passed, it permitted students to carry and use sunscreen for the first semester of school while the Council worked on the permanent bill.

In a real life example, Councilmember Cheh filed both emergency and temporary legislation on the sunscreen bill. By passing a temporary version of the sunscreen bill, the language covered the remainder of the public school year, essentially covering a school year under the bill's language while working to make it a permanent change. 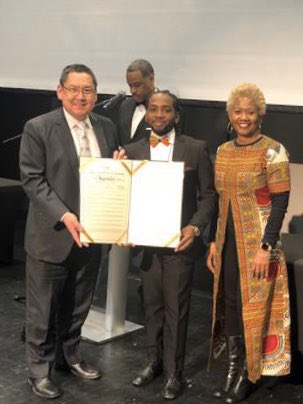 What if you are concerned about an issue but do not want to make a permanent legislative change? Or what if you want to recognize an issue, person, organization, or effort? You can skip the legislative process completely and introduce a resolution. A resolution expresses, "determinations, decisions, or directions of the Council of a special or temporary character." You may also introduce a resolution on an issue outside of the Council's purview (such as a Congressional action, national event, or Presidential action) to express approval or disapproval. These actions need only one reading at the Council level and are not subject to Mayoral or Congressional review.

Where has MSDC been involved in resolutions? Many throughout the years but one poignant example involves MSDC treasurer Dr. Raymond Tu. In 2019, Councilmember Trayon White introduced a resolution recognizing Dr. Tu for his work in the District during his career. The Councilmember had the opportunity to give a great speech about Dr. Tu and the resolution passed by voice vote.