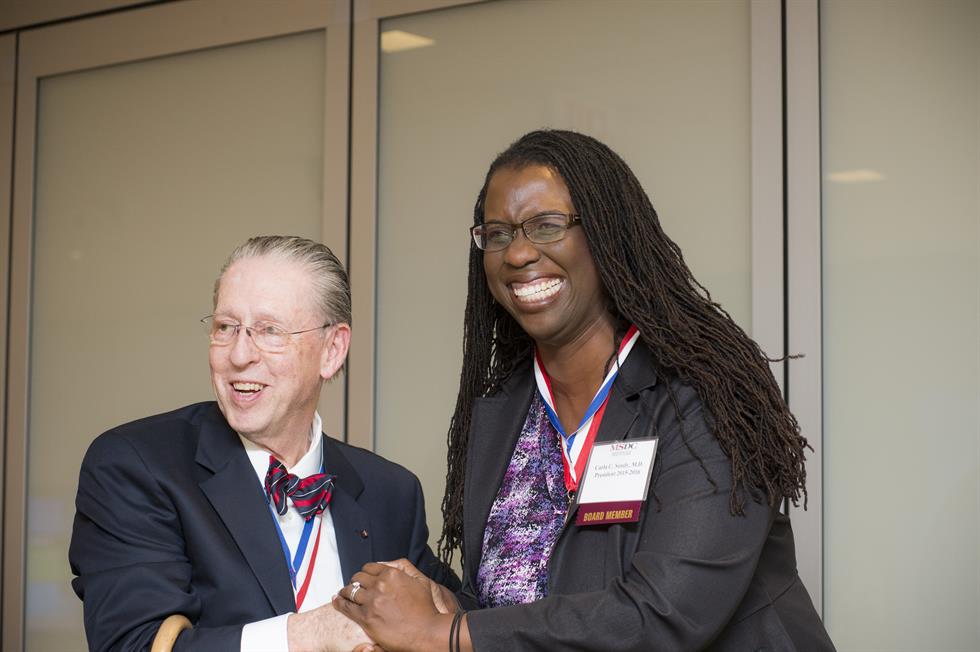 The Medical Society of the District of Columbia is saddened to hear of the passing of John W. Larsen, MD, FACOG, FACMG. Dr. Larsen served as president of the Medical Society in 2014-2015 as well as a Board member for several years. In addition to being an ardent supporter of the Medical Society, Dr. Larsen mentored and trained many District physicians, especially OB/GYNs, through his decades-long service at The George Washington University. He truly believed that “you succeed if you help others to succeed.”

He was passionate about the profession of medicine and his patients. Asked why he chose to practice medicine in the nation’s capital, he stated that Washington, D.C. is ”a desirable place to practice. The blend of cultures from DC’s ethnic and social mix and its diverse international population creates an exciting, intellectually challenging environment. I enjoy the face-to-face interaction with women who run the daily and tactical affairs of the government, such as at the Department of Justice, Federal Reserve, USAID, World Bank, and IMF.”

MSDC joins his family, his GW family, and his colleagues in mourning his passing. We appreciate and will always remember his service to the profession, the residents of the District, and this Society.

Those interested in honoring Dr. Larsen's memory are asked to donate to a fund in his name at GW here.