MSDC's offices will close today, November 23, at 2 PM and remain closed until Monday, November 28. Thank you to everyone working this week to keep DC healthy! 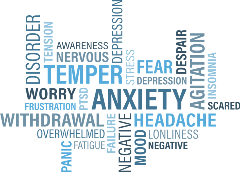 In partnership with the Washington Psychiatric Society, AMA, and American Psychiatric Association (APA), MSDC works to ensure that patients receive appropriate support for behavioral health issues, that the practice of psychiatry is supported in the District, and that psychiatrists are available to patients in the District.

MSDC was a proud supporter of the Behavioral Health Parity Act of 2017, which enshrined into law that all health plans offered by an insurance carrier meet federal requirements of the Wellstone/Domenici Mental Health Parity and Addiction Equity Act of 2008.

Jul 6, 2022, 10:53 AM by MSDC Staff
Researchers dug deep into reported data to discover the specific stressors that drove some physicians to suicide.

You can read the study here.

The authors looked at the National Violent Death Reporting System database between 2003 and 2018 and isolated 200 physician death narratives. Nearly all of them had an association with early retirement due to a physical ailment. Professional investigations were also a common theme showing that loss of career due to outside factors was a major driver in physician death.

The authors noted that while the causes overlapped with a prior study on nurse suicides, physicians had more access to mental health support post-job loss.

The authors identified a few solutions to address these issues:

Sample of Legislation MSDC is Tracking in Behavioral Health

What does it do? The bill requires licensed health providers to complete 2 hours of CME on suicide prevention, assessment, and screening.

MSDC position: MSDC opposes the bill as written as the language does not encourage physician wellbeing or sufficient awareness of suicide prevention.

Current status: The bill had a hearing with the Committee on Health on June 10.